While we were waiting in Wadi Halfa for our ship going across Lake Nuba (or Nasser) to Aswan, Egypt, we got to know the folks from “Remember the Birds” – two German couples in our age, traveling Africa in an air-cooled vintage expedition truck. 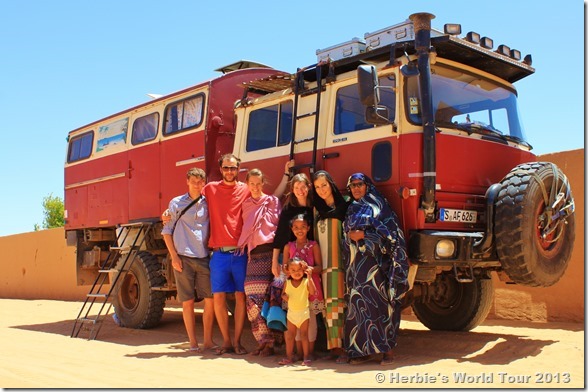 The fellow “snowbirds”, Johnny, Pasco, Miri and Kerstin (from left to right) are one of those privileged tourist groups, who were able to enter Sudan by land instead of dealing with that pretty complicated and quite costly ferry-barge option. 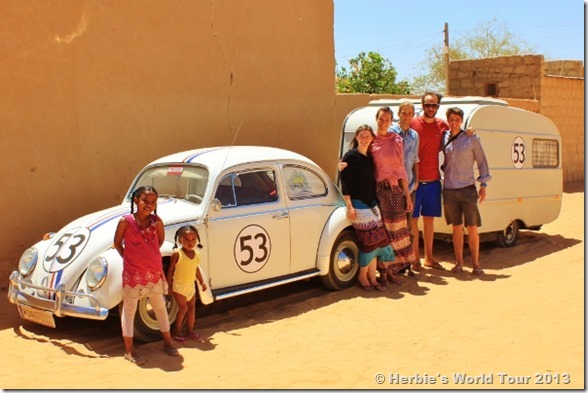 As mentioned before, there already exist two paved roads on each side of the Nile, but none of them are officially approved yet. But these German “overlanders” applied for a special permission and actually made it from Abu Simbel to Wadi Halfa! 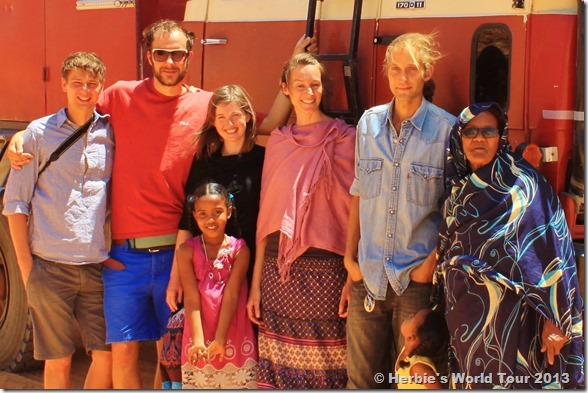 For the next several months the two lovely couples will travel Africa on its Eastern side all the way to South Africa in their “Magirus Deutz” truck from 1977, named “Rotkehlchen”. Hopefully we’ll meet them again, when they return to Europe!

PS: The two girls and the woman (to the right) are the mother as well as the nieces of Mazar Mahir, who we were staying with in Wadi Halfa. We had a good time there, hanging out at his family home, meeting other “overlanders”. Many, many thanks!

3 thoughts on “Remember the Birds!”