A Volkswagen Bug from 1963 powered by 34 horsepower (1,200 cc) pulling a camper built by a brand called “QEK” from the old GDR (German Democratic Republic) in 1985. This set-up took us all around the world and is currently located nearby Death Valley, in a town named Ridgecrest in Kern County, California, USA.

A Volkswagen Bug also from 1963, powered by a same engine with original 1,200 cc towing another “QEK Junior” camper from 1985 originally made for the people in former East Germany. This Herbie replica and its caravan have driven us all around Europe and the Afican continent. They’re now taking an extended pit stop back home! 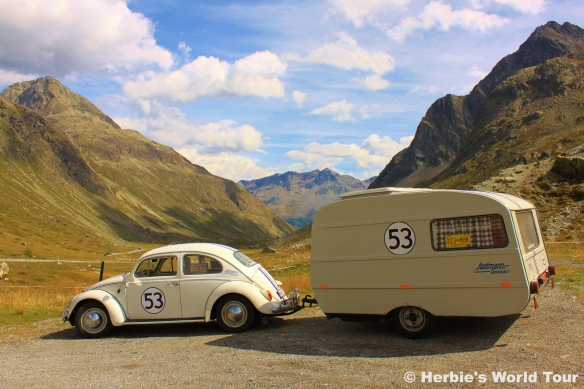