There we are, right in front of our last African country to visit: Egypt! This is also Zainab’s fatherland, where she was raised at one stage of her childhood. The Lake Nuba (or Nasser) makes it still impossible to travel across by land, although there are already two fully paved roads on each side of the lake. 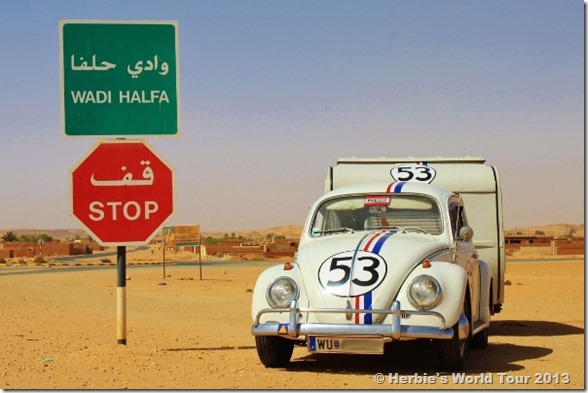 As we hit the harbor of Wadi Halfa to ask when the next ship for Herbie, the camper and us will be going, the port security officers called a guy named Mazar Mahir. He was very kind, invited us to his home and introduced us to his lovely family. He also helps us now to deal with the shipping procedure. 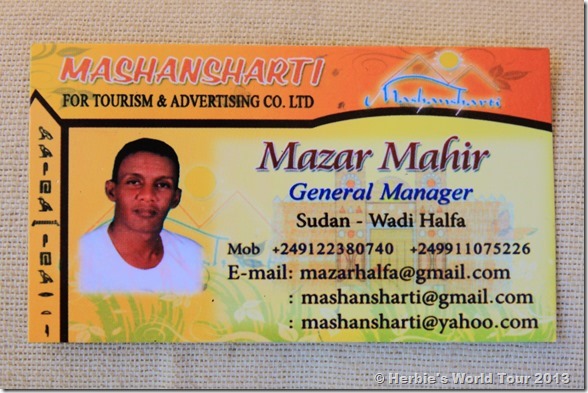 We were told that there are two different kinds of boats going to Aswan: Barges that are carrying cargo as wells as vehicles and passenger ferries. The barges are leaving Wadi Halfa going north on Monday. The passenger ferry leaves on Tuesday. We’ll have to pay the double price, because we’re towing our camper “QEK”.

During the day we’re hanging out at Mazar’s place, having “chai” with dried dates while chatting with members of the family. The night we’re spending outside in our own little house, which is parked just in front of Mazar’s house and a Land Cruiser which is tucked away by South African “overlanders”.