As we said, Herbie’s World Tour is not over yet! We are planning to explore Africa in Herbie No. II during the upcoming winter. Our first destination in Africa would be Cairo, Egypt, because we want to travel across Africa by going along the East Coast all the way down to South Africa. Originally, we thought that there are different ways to get there, but it turned out to be much more complicated. Is this a mission impossible? 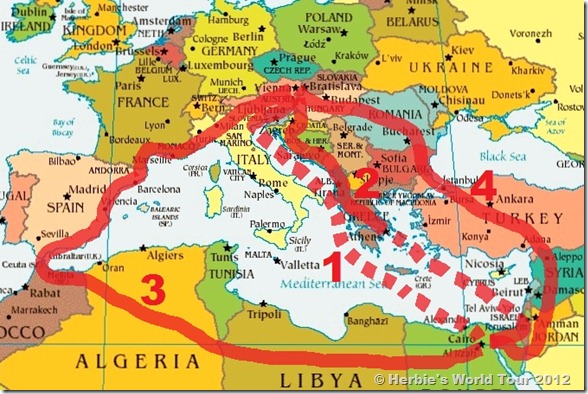 We’re still planning on continuing Herbie’s World Tour by traveling Africa, BUT on the one hand, there are no ferries from Europe to Africa across the Mediterranean Sea and on the other hand, countries like Syria or Libya make it almost impossible to cross.

3 thoughts on “Too Many Buts?”