Since we left the Cape of Good Hope, we’re driving besides the Indian Ocean.

While traveling on Africa’s east coast towards Europe, we want to visit the following countries: Mozambique, Malawi, Tanzania, Kenya, Ethiopia, Sudan and Egypt.

Just before hitting the Cape of Good Hope, one of the camper’s drums broke. We were lucky that we didn’t loose the whole wheel. We stopped by a garage in Fish Hoek.

The shop named “Pitstop” is managed by Moenier Wilson, who welded the broken part. Many thanks to him and his awesome staff! The repair was even on the house! 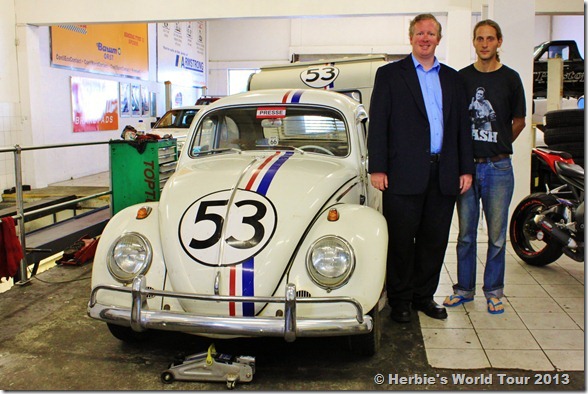 While at the shop in Fish Hoek, we met Brendan Gradwell, who already spotted us on the highway the other day and has been following Herbie’s World Tour online. Like many other Herbie’s World Tour fans he contacted us, because he wanted to meet the Love Bug. Brendan, thanks for coming by!

1 thought on “Along the Indian Ocean”