Three flights later we safely arrived in Cartagena, Colombia. We took a taxi to Getsemani. This is a district, which is located between the sea port and the very center. 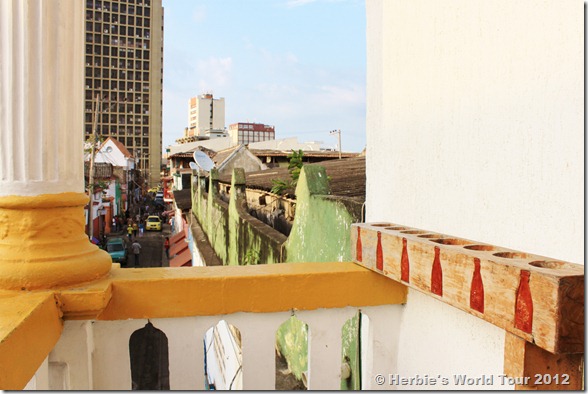 We spent our first night at a different spot than today. We switched the place because we were not satisfied at all with the first one we had.

Now we’re staying at a hotel named “Los Muros”. We got a fan and running water. These are probably the most important things in order to stand heat and humidity.

We are lucky because our room is located in the back of the building. Especially during the nights there are many, many people on the streets making party all night long.

Don’t get surprised if you get to Cartagena one day. It is definitely pretty expensive compared to other cities in Colombia or Latin America. 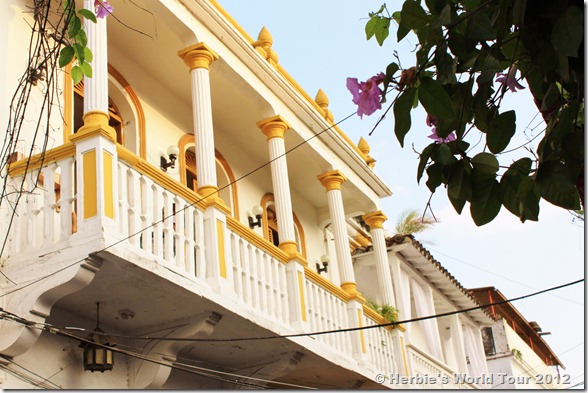 We feel secure! People in Europe or North America would often say, Colombia is one of those place where they would not recommend to go but it seems to be fine yet.

Our hotel is just across “Casa Viena”, a hostel which is owned by an Austrian and his Colombian wife. “Viena” stands for “Vienna” – the capital of Austria. 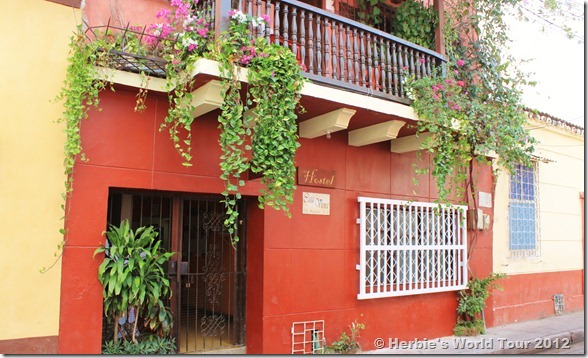